Peter Pan, the man, or the boy… that is the embodiment of being young at heart, the spirit of children.  I’ve always believed in being child-like,.. just not childish.  Peter, is a bit immature looking back. 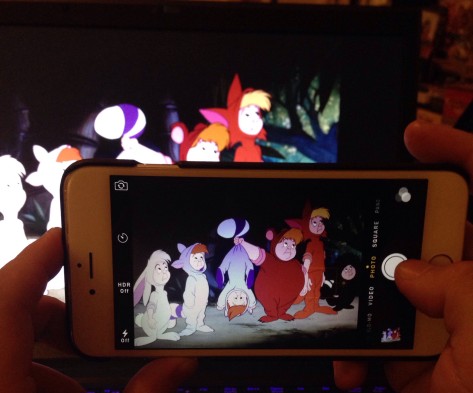 This will be a “free-write” from commentary that I made while watching the film.  If you want a full in-depth review and history on the film, I highly recommend Jaysen’s post ….

It’s interesting how there are many different versions of Peter Pan.  I think originally, like from a book, peter was more like a vampire, an evil entity, much more along the lines of the Peter Pan character from the TV show “Once Upon a Time.”  He was not a nice boy, and he kidnapped kids and probably killed parents.  Here’s Disney’s version, an immature boy.

In the beginning it’s interesting what a big deal the mother and other kids make when Wendy was going to be getting her own room, like it’s so horrible.  Moving to her own room would mean she would no longer be one of the children.  This was to be her last night being a kid, which would mean no more stories.

Thinking of leaving home and happy things (us) like flying.

Typing on an iPad isn’t very reliable as I make typos, and then read them later not sure what the exact thought was.  It’s possible “us” is an error.  I just can’t remember the context in which this thought came from. 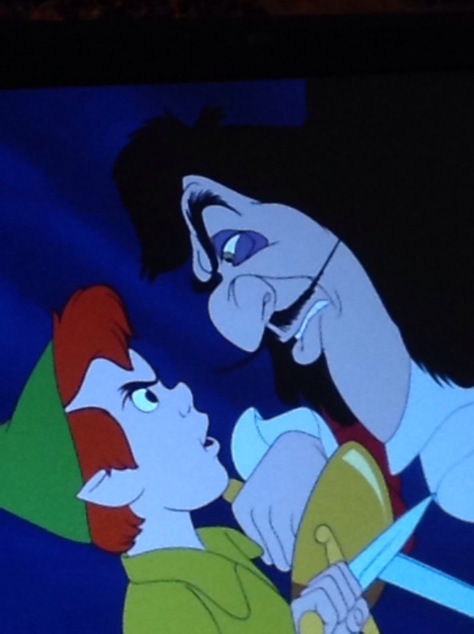 Why does Hook want to capture Peter again?

Revenge for losing his hand to him, and feeding it to a crocodile who now follows him?  I think I may have answered my own question.

How does the crocodile swallow an alarm clock?  I must have fell asleep.  Hook is really scared of it.

Looking forward to the film Pan, the Batman Begins of Peter Pan.  THOUGH, it looks like it didn’t do well, and has now come and gone from the theaters.  That’s too bad.  Greg Berlanti doesn’t have a good track record for film.  He also was involved with Green Lantern.

Tinkerbell is so jealous.

What does that show and tell to kids?  She’s very petty, she (agonist) kills Wendy.

Um, agonist,… I probably meant to say something about how Tinkerbell wants Wendy dead?

Did they really just say that they could sneak past the Indians because they are less intelligent than they were?

Why are all the females so jealous in this film.  The mer-women were “only trying to drown her.”  Her, as in Wendy.  Really, what does this tell girls and boys watching this?  Don’t really love that part.

Peter is always out to make a fool out of Hook, I almost feel bad for him.

The Lost Boys fighting over what a mother is made me think of the film “Where The Wild Things Are.”  I loved that film and it’s message.

That means a bomb!!

Sorry, I can’t remember what I’m referring to.  Was that a line?  Or maybe I mean this gift bomb?

Um, again, can’t remember.  Do I mean literally or that she, Tinkerbell, explodes with anger due to her jealousy?  I think perhaps it’s that she’s angry.  Or is it that she blows up, because of that present bomb!   And then ….

Peter tells her she means more to him than anything in the world.

It reminds me of “Alice In Wonderland” and “The Wizard of Oz” at the end when Wendy wakes up from her adventure.

Wendy announces how she’s ready to be an adult now, after returning from this last childhood adventure.  Again, another reminder of “Where the Wild Things Are.”  I suppose Wendy learns about responsibility or that she wants to grow up, as she no longer is interested in these childish adventures.  She’s too old for them now. She needs to be in a world of men, who are not lost, nor boys?  And perhaps a world with women too, instead of petty jealous girls?

It’s almost as if the mother and father, George, had such an adventure of their own when they were children.  The mother is the one who told them of Peter Pan, and acknowledges the idea of him. The mother seems to really believe Wendy.

And then the father looks out into the night sky and sees a cloud-shaped pirate ship and finds it familiar.  His heart seems to lighten, and his spirits lifted as he remembers a ship just like that as a child, and recalls being a child again.

I’ve been doing each post differently each time.  Sometimes writing as I watch, sometimes, writing after. When I write as I watch I take notes but I must say, I’m probably doing a disservice to the film and myself as I probably do not experience it in the same way.  I end up missing moments while typing and am taken out of the experience of the film which affects my enjoyment of it, and perhaps my understanding of it as well.

I wrote this as I watched, which you can probably tell.  I do feel like I only watched it peripherally.  Sure I got the gist, but I didn’t get to really experience it as a whole, silly me.  My impression of the film is pretty much the same as I remembered it.  I didn’t particularly love the film, but I love the overall ideas which have been ingrained in our culture.  What is the word or words in looking for… Meme?  When I see Peter Pan or Tinkerbell in my everyday life, or when I visit Disney, I don’t remember or think about the things I didn’t like about the film.  I don’t think about Tink’s petty jealousy.  I think about magic and the hope of children, laughter, and the power of being open-minded and remembering what it’s like to be a child, to be childlike, not childish.  I think of optimism and a world of possibilities.

Here are some extra photos and a little footage I took… 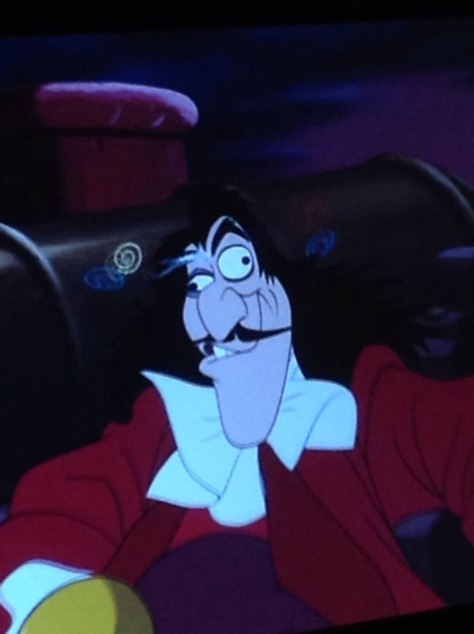 JAYSEN HEADLEY’S VAULT DISNEY PROJECTS:
Jaysen Headley asked me to re-watch every Disney Vault film in chronological order with him. We’re gonna try to watch at least one a week if not 2. He’ll be writing a blog to accompany this project, and I will post a companion to it.